Munshi Premchand is one of the most celebrated writers and is regarded as one of the foremost Hindustani writers of the early twentieth century. 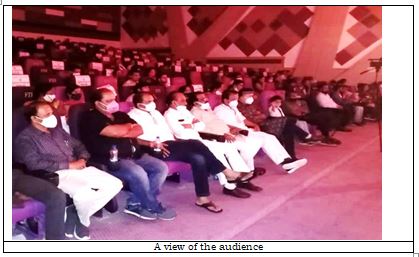 The SDM of Chhindwara district Mr. Atul Singh was the chief guest of the occasion.

The theatrical function, through dramatic expression was successful in portraying the glimpse of village life that kept the audience hooked for all three days.