Webinar organized by FDDI, Fursatganj campus for Designing Aspirants on "Career Guidance after 10+2" 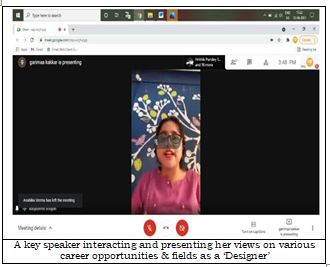 The first webinar shed light on career options available in the field of Design. Design graduates are high on demand as far as career options are concerned, as innovation-led design is driving solutions to problems faced by industries and societies across the globe. 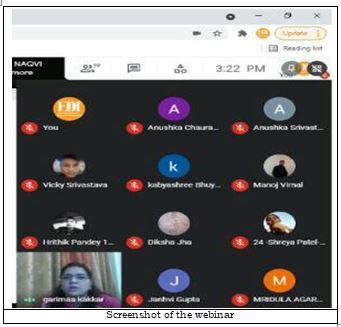 The number of registrations received was 50 out of which 30+ were parents and the rest were students between the age group of 20-25 years.

There was an interactive session during which the doubts of participants were cleared especially related to job opportunities, roles and responsibilities, and packages offered for various in India and abroad during the post COVID-19 pandemic.